Heard About The 1918 Flu Pandemic? 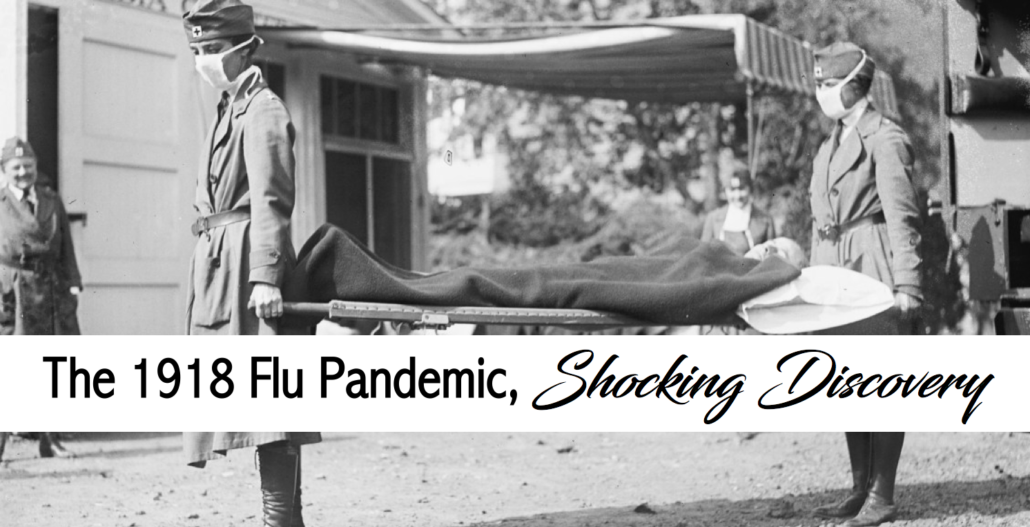 The answers to these questions are more important than ever!

The coronavirus, flu, or other viral pandemics are often compared to the St. Louis 1918 (Spanish) flu pandemic. This 1918 flu infected and killed far more people than any similar outbreak in history, killing many Americans and flooded the country with fear.

It has been estimated that 20 million people died throughout the world, including about 500,000 in the U.S. alone.

Here is where it gets interesting…

You might be asking yourself, “what was the different approach?”

Fair warning, this “special something” is going to surprise you.

Are you ready for it?

Historical data suggests that people under Chiropractic care have a 97% better chance of surviving the tragic pandemic.

Chiropractic helped to both prevent the flu and restore health to those already experiencing the illness.

1918 marked a pivotal era in Chiropractic awareness and literally put the new healing profession on the map as people DISCOVERED the correlation between spinal alignment, the function of the immune system, and fighting off illness and infection..

The science of today validates exactly why Chiropractors of the past and present see incredible results with immunity through spinal adjustments.

Smart people are figuring out that…

Chiropractic adjustments improve nerve function along with dramatically improving the overall health and function of all organs connected to the nervous system.

This video clip is Dr. Dan Murphy explaining something truly AMAZING. Yes, it’s old. But, the story and lesson he shares – will blow your mind!

The CONNECTION We Cannot Ignore?

Subluxation is the term for spine dysfunctions that cause irritation of nerve pathways affecting organ systems of the body. According to researchers, such stressful conditions lead to altered measures of immune function & increased susceptibility to a variety of diseases.

Wellness based chiropractors analyze the spine for subluxations and give corrective adjustments to reduce the stress on the nervous system and immune system. A research group found that when a thoracic adjustment was applied to a subluxated area the white blood cell (neutrophil) count collected rose significantly.

This understanding led Pero to consider Chiropractic care as a means of reducing the risk of immune breakdown and disease.

Pero concluded, “Chiropractic may optimize whatever genetic abilities you have so that you can fully resist serious disease… I have never seen a group other than this show a 200% increase over normal patients.”

Are you and your family using chiropractic to your advantage like you should be?

There are many things we can do to protect our health. At the top of that list is… caring for our spine, nervous system, and immune system via wellness-based chiropractic care.

During the 1918 influenza epidemic, Davenport, Iowa, medical doctors treated 4,953 influenza cases with 274 deaths. At the same time, 150 chiropractors, students and faculty of Palmer School of Chiropractic treated 1,635 cases during the influenza epidemic with only one death.

The state of Iowa reports medical doctors treated 93,590 influenza patients with 6,116 deaths or one out of 15. The rest of the state, except for Davenport, reported 4,735 patients treated by chiropractor care with a loss of 6 which is 1 out of 789 during the influenza epidemic.

Reports from New York City during the influenza epidemic of 1918, show 950 out of 10,000 patients medically treated died. Whereas 25 patients out of 10,000 died under drugless methods. It’s not clear if drugless is chiropractic care but it is assumed.

Oklahoma chiropractors reported 3,490 cases of influenza with 7 deaths during the 1918 influenza epidemic. It’s interesting because medical doctors gave up on 233 influenza patients so chiropractors were called in and saved all except 25 with chiropractic care.